Remember the days of the good old "TOZ" and "BAIKAL" .22 rifles, remember there 450kg triggers, strange stocks, rudimentary sights, "creative" fit and finish as well as the non existent instruction manuals.
Well it looks like those days are over.
Enter the "IZHMASH BI-7-2-KO in .22 Lr & .22mag, a quality Russian target gun with the soul of a hunter.
I had the opportunity to look over one of these guns and what I saw imprested me greatly. Now before I start, let me say from the outset that I'm giving my opinion not as a technician or as a professional gun writer but as an average "Jo Bloggs" shooter, someone who takes a gun out to the range or into the sticks and tries to hit the thing he aims at...
Ok, I had a visit from the good people of Industek who brought along not only the rifle but a selection of their night vision scopes as well.
The BI-7-2 has a certain feel to it, a good balance, a nice "heft" is how I would describe it, it comes up to the shoulder and sits there without the whippy wondering of a sporter or cumbersome front heaviness of a target gun.
This is due to a well designed stock and heavy, though not to heavy, hammer forged barrel.
The gun is designed for the Olympic Biathlon, an exhausting cross country skiing marathon that requires the participants to engage targets at different points along the way, though here in Australia it will more readily find a home on the metallic silhouette range or hovering over the numerous Rabbit warrens dotting the countryside.
The first things you will notice about the Izhmash is its straight pull bolt and hammer-forged barrel.
I can only describe the action as being similar to a Luger toggle action, laid on its side and hand operated as opposed to semi auto, it's quick to load and ejects the empty cases a good meter with little effort and is as solid a lock-up as any bolt action I've encountered.
The removal and reassembly of the bolt is a simple task. Just depress the spring loaded catch at the rear of the bolt, remove the locking pin and the whole assembly slides out of the receiver. 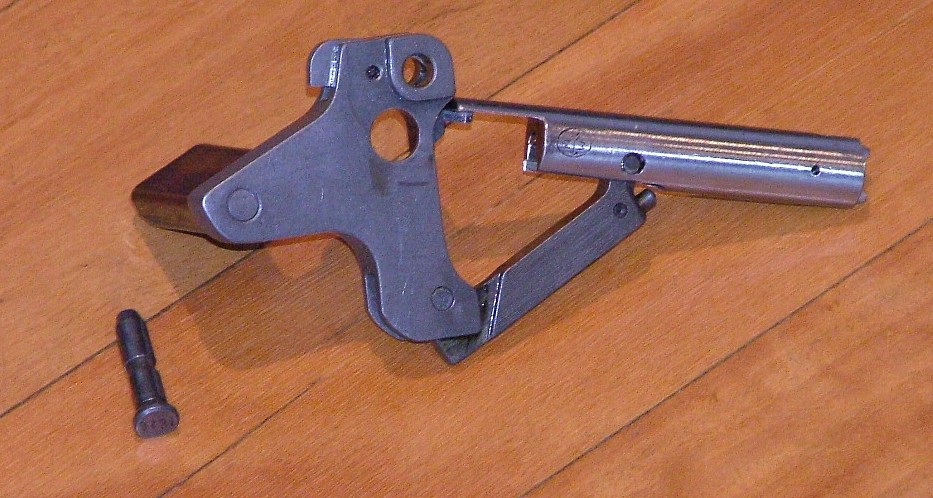 The parts you don't want to loose!
The barrel is probably the best of its type I've seen, being hammer forged and very deeply crowned. It is also, I believe the only hammer forged barrel that comes as standard on any .22 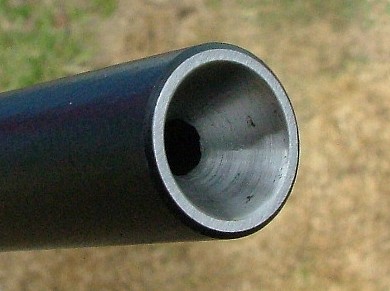 The gun comes with two five shot mags (a ten shot is available) made of a very tough polymer of some type and they are, without doubt the worst finished mags I have ever seen, being covered with tool marks and generally looking rather poor and tatty!
However, they work and work very well indeed and when it comes to the crunch that's all that matters!
The BI-7-2 has a solid scope base on the rear of the receiver, I would suggest that another be placed at the front as well as your scope mounting options are a little limited with the present arrangement.
The trigger has a little too much take up but is otherwise as light and crisp as the average shooter could wish for. 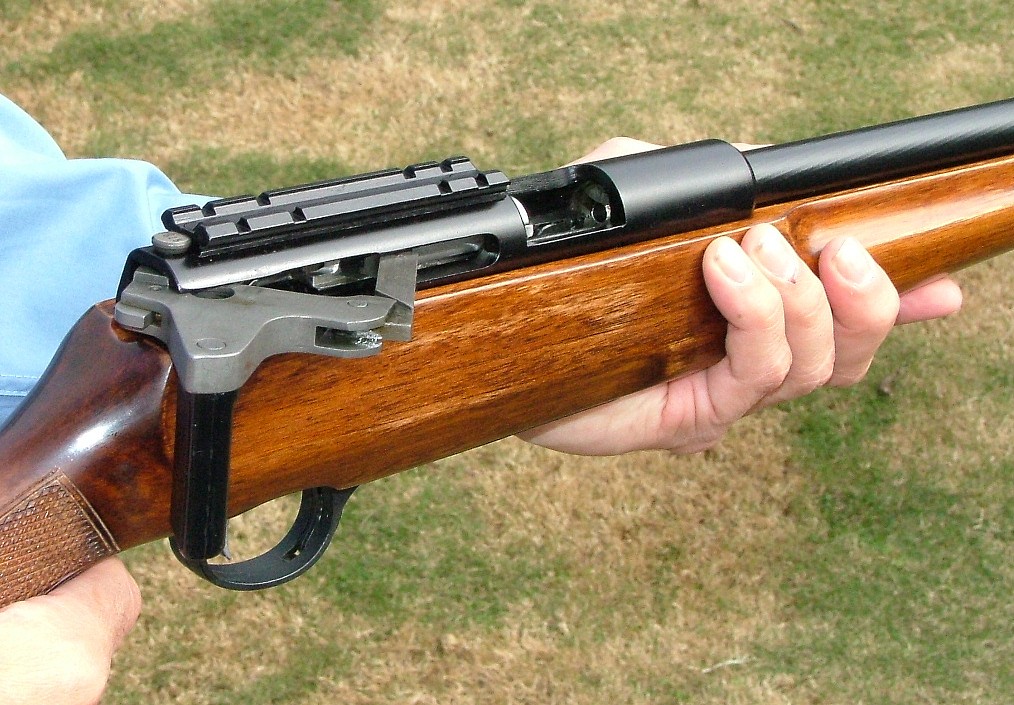 Silhouettes and rabbits beware!
All in all I find the Izhmash BL-7-2-KO to be a very sound gun and one well worth serious consideration wether you are hunting for Rabbit, Fox or Steel Chickens, Pigs, Turkeys and Rams.